Reading Plato's Cave in the Cave

"...the cave is a warning to those in political life to be wary of giving over the project of thinking and understanding the world to someone else..."

Plato’s cave analogy is one of the most famous images in philosophy. As most people understand the story, it is an image of education. The very first level depicts people within the cave who see only shadows and don’t see the source of the shadows. These people do not even realize that they do not have knowledge, but assume that their view of things is true and real. The story describes one person in this position being forced to turn away from the shadows, to see their source in puppets that cast the shadows and finally being forced out of the cave to see the real plants and flowers and animals that the puppets were copies of. The process of learning is hard and painful for this person, and then when the person returns to the land of shadows they are unable to see because their eyes were accustomed to the sun. The person is mocked for not being able to operate within the land of shadows by those who have only have seen shadows and thus think it is the most important and most true realm. In this way, the cave analogy is often understood to be the defense of the philosopher who is not successful in politics.

In this paper, I read this analogy not from the perspective of the philosopher, but from the perspective of those within the cave. My justification for reading the analogy in this way is that the story is told in a political setting, both in the sense of the community Socrates forms at Cephalus’ house in the Republic where the analogy is found and in the sense that it is told to those who have not themselves left the cave. From this point of view, I suggest that the claim of the philosopher to have knowledge and thus to be able to rule in the realm of the political (which is to say the cave) is indistinguishable from the rhetorician’s claim to rule on whatever standard the rhetorician offers. I draw the distinction between the rhetorician and the philosopher from Plato’s Gorgias. I suggest that the cave is a warning to those in political life to be wary of giving over the project of thinking and understanding the world to someone else, since from the point of view of those who do not have the knowledge the philosopher claims to have, it is impossible to know whether they have it and thus would bring justice and order or they do not and so use this claim in order to become tyrants. 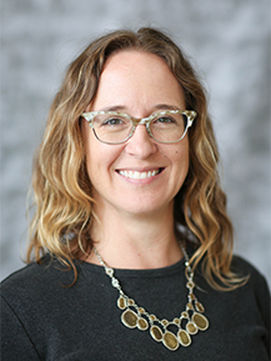 Dr. Adriel Trott is an associate professor of philosophy at Wabash College. Her work focuses on how ancient philosophy can be a resource for diagnosing contemporary conceptions of political life, of being human, of nature, and of gender, and for presenting alternatives to these accounts. Dr. Trott is a proud native of Philadelphia. After finishing her bachelor’s degree in government and political philosophy at the College of William and Mary, she traveled to Capitol Hill to work on political campaigns. But, in pursuit of greater intellectual challenge, she returned to graduate school, earning her Ph.D. in philosophy at Villanova University. There she discovered how the ancient texts of the Pre-Socratics, Plato, and Aristotle could change the way people lived and thought of themselves in the world. She has since published a book on Aristotle, Aristotle on the Nature of Community, with Cambridge in 2014, and a number of other pieces on Aristotle’s Politics, and on contemporary continental philosophy. Currently, Dr. Trott is running the GLCA Ancient Philosophy Research and Teaching Collaborative, is an honorary member of the Malcolm X Institute for Black Studies at Wabash, and regularly blogs at The Trott Line.